Ransomware Threats to Businesses are Growing 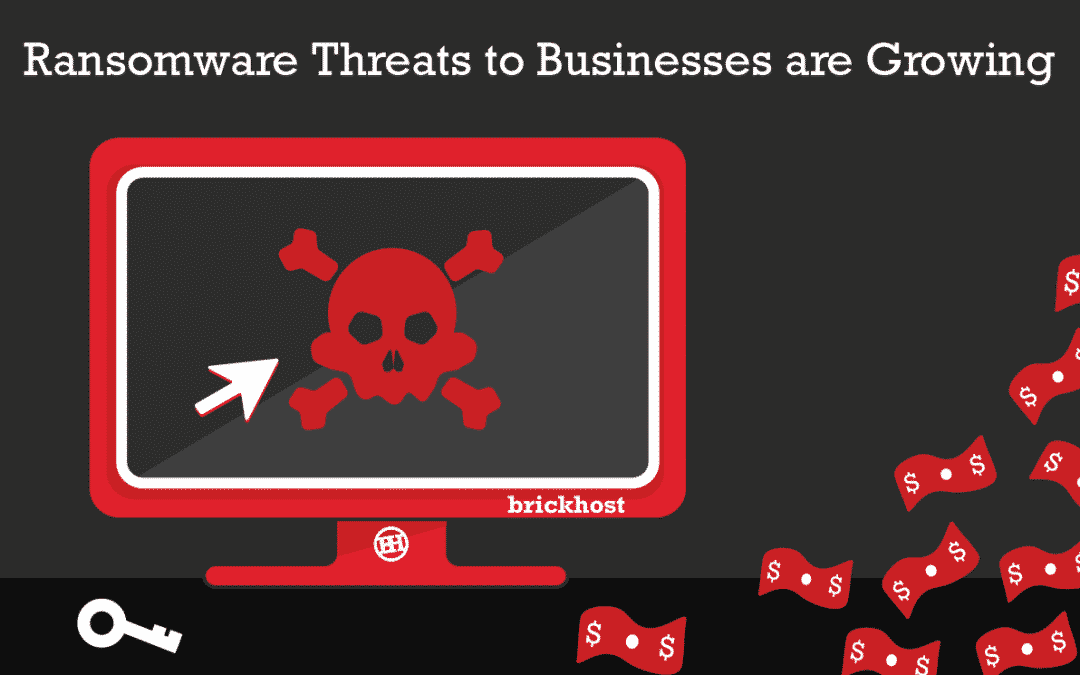 Businesses face numerous cyber threats from hackers, but ransomware in particular is particularly insidious and common. That’s because hackers know they can attack unsecured companies’ servers to extract sizeable ransoms.

When ransomware infects a server, it quickly spreads to encrypt all of the files on that server. Obviously, this can be disastrous for a business and all of its payroll, customer information, contracts, and trade secrets all rendered inaccessible. Once it’s deployed, the hacker simply demands a ransom from the company before unlocking their files.

That’s only if they’re honest, however

In its official Internet Crime Report, the FBI says that it “does not support paying a ransom to the adversary. Paying a ransom does not guarantee an organization will regain access to their data; in fact, some individuals or organizations were never provided with decryption keys after having paid a ransom.” Indeed, a recent report by SentinelOne claims that only 26% of companies in the US that were hit by ransomware and paid the ransom actually got their data back.

The FBI report continues; “Paying a ransom emboldens the adversary to target other organizations for profit, and provides for a lucrative environment for other criminals to become involved.” Again, the SentinelOne report backs up this claim, as a whopping 73% of companies that paid the ransom were then re-targeted by hackers.

The cost of a cyber attack

According to the SentinelOne report, the average cost of a ransomware attack is more than $90,000. This includes the ransom itself and the costs incurred through lost work.

As we see over and over again in the news, ransomware is far from the only way that hackers attack companies and institutions. User data is a valuable resource for cybercriminals interested in identity theft, so they’re always actively looking for vulnerabilities to exploit.

Beyond the direct potential financial damage of these attacks, they can also lead to secondary consequences for the victim company. 41% of executives reported that their companies suffered from legal action following data breaches, while 34% reported that their brands’ reputations had suffered.

How to fight ransomware and other attacks

Whether you’re securing yourself or an entire company, many of the steps you take to protect yourself will be fundamentally the same. You want to prevent your devices from being hacked and to help mitigate the damage a hacker could do to you if they hack you.

To help keep your device secure, start by adopting a few more secure online habits. Once you’ve done that, it’s worth investing in a quality antivirus program and a VPN for any remote users. Together, these will make it very difficult for anyone to hack into your devices and network. If you’re securing an entire business, you’ll need the same tools, but at an organization-wide level and cybersecurity training for your employees and software for every device your company owns.

To reduce the damage of any potential ransomware attacks, keep periodic secure backups of data across all of your devices. The same solution applies to businesses, just on a larger scale. This means that if a hacker breaks in and infects your devices or business with ransomware, you can ignore their demands and rebuild your systems with the backed-up data (however, don’t forget that they may also have copied some of your files for themselves so change passwords immediately). Don’t forget to keep your backups secure, and if you do fall victim to a ransomware attack, be sure to learn from the experience and improve your cybersecurity in the future.

If your business needs any help fighting ransomware, contact BrickHost today for support.